We went 2-0 with the tips yesterday.

Went with over 6 in the Caps vs Pens game and it hit 7 when the Caps won 4-3 in overtime.  The game was tied at 3-3 after the 2nd so it was nice not having to worry as it was going to go over at that point.

Also has the Preds to win in regulation against the Canucks and they did 4-2.  This was tied at 2 after the 1st but thankfully the Preds scored a couple more for the win.   Forsberg scored twice and Saros earned his 100th career win.

The Leafs beat the Devils for the 2nd night in a row this time 7-1.  The Coyotes, yes the Coyotes, beat the Avalanche, yes those Avalanche, 3-2 in a shootout ending the Avs 18 game home win streak.  The Flames scored 3 in the 3rd and came from behind to beat the Stars 4-3.

A slower night with only 5 games.  After today its the All-Star break with the skills competition on Friday and the All-Star game on Saturday.

There is nothing I like today to have a tip.  If there is something you like be sure to say so in the comments.  We will be back on Monday with NHL Tips.

The Wild have won their last 5 games, the Hawks have lost their last 2.

These teams played each other twice on a back-to-back in January and it was the Wild winning both games but one was in overtime.

To get any value here we would have to take the Wild in regulation.   Their last 2 games were close ones and they had that overtime game against the Hawks on the 22nd.

I do like the Wild to win here but don’t have enough confidence to take them in regulation.

The Oilers are coming off of that overtime loss to the Sens which stopped their win streak at 4.

The Caps have won 2 straight but have alternated wins and losses for about a month with some 2 game win streak and losses mixed in.

If the Oilers win this game they are still out of the playoff picture heading into the All-star break.

This should be a good game but I can’t find a reason to take either team.  The over 6 looked good but these teams haven’t played each other since October 2019 so nothing to use for reference there.

The Kraken have had a rough first season with only 14 wins.  The Isles haven’t been much better with only 16 wins on the year.

I like the Isles to win but its another game where to get value it needs to be in regulation.   These teams are too close in terms of records and results so I have to skip this one.

Both teams come into this game after winning their last outing.

I have no confidence in either team for this game.

Both teams will remember what happened after that game and the Kings would love to start another streak and the Wings will want revenge.

No idea who wins this one.

The Coyotes are coming off of a huge upset win against the Avalanche.  The Flames have won 2 in a row.

I would think that the Flames would have no problem winning this game as they are the favorites and it would need to be a -1.5 pick but the Flames last two wins were both 1 goal wins with one of them being in overtime.   The Coyotes have been terrible all year but do they ride the momentum they gained after beating one of the best teams and snapping their home win streak at 18 games?

Again I like the Flames to win but not enough to take them -1.5. 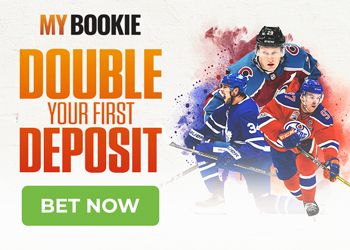